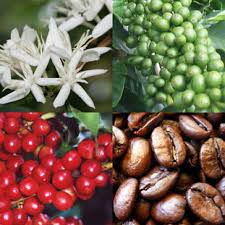 The earliest origins of coffee are from Ethiopia. There is not an exact history about how people started roasting and drinking “coffee” only legends and myths. However, it was originally viewed as a food. The Ethiopians chewed the plant for it’s obvious stimulant properties, and also ate the fruit raw (the pulp is sweet and caffeinated.)

They also pounded coffee cherries and mixed it with animal fat to mold into pellets. There are records that show the cherries were also used to make wine. 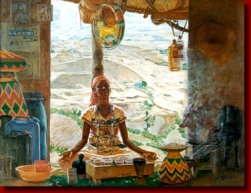 The earliest use of coffee as a hot beverage entailed roasting the entire hull over an open fire and then mixing with boiling water for 30 minutes until a yellowish liquid came through.

The drink stayed a green drink until aprx. the 13 century when they began to first dry the beans. With more  experimentation, the process was adapted further, and the practice of roasting formed.

Once coffee became the dried, roasted, and brewed drink we know it as today, it was mainly used for “medicinal” purposes and in religious practices. However, once it became increasingly popular, and a demand grew, the original coffee houses started opening. 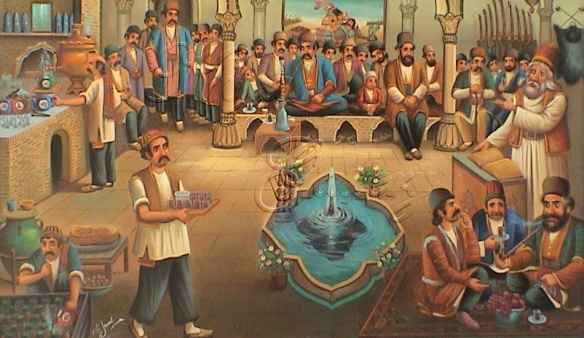 Persian cities became known for having stylish and elaborate coffee houses. They were reputed for serving coffee quickly and efficiently. They became famous social spots, where people gathered not just for coffee but also music, talking, and even dancing. 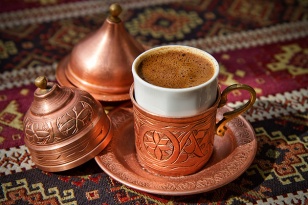 Gradually the coffee house trend made its way to Turkey. The Turkish however drank just as much coffee in home as at coffee houses. This increased popularity and demand. By the 1600’s news spread and export and trade began throughout the Middle East; supplying Venetians and Europeans with beans.

Eventually the coffee tree made its ways to the East Indian Dutch colony of Java. From there plantations started sprouting in neighboring colonies; Sumatra, Timor, Bali, and Celebes.

Through the efforts of the British East India Company, coffee became popular in England as well. Oxford’s Queen’s Lane Coffee House, established in 1654, is still in existence today. Coffee was introduced in France in 1657, and in Austria and Poland after the 1683 Battle of Vienna, when coffee was captured from supplies of the defeated Turks.

The coffee economy was therefor set in motion and began to adapt and increase  more and more, as it is still increasing even today.

A beverage as black as ink,
useful against numerous illnesses, particularly those of the stomach. It’s consumers take it in the morning, quite frankly, in a porcelain cup that is passed around and from which each one drinks a cupful. It is composed of water and the fruit from a bush called bunnu.
— Léonard Rauwolf, Reise in die Morgenländer (in German)

67 thoughts on “A Brief Origin of Coffee”