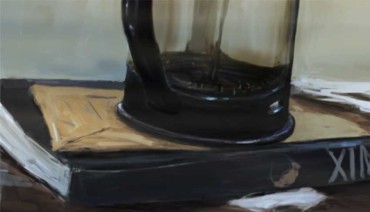 Heroes, adventure, duels, the high seas, and of course love. These french classics have it all, and their literary mastery are well admired. I have a soft spot for epic tales and romanticism, and I hold these three among favorites.

Here are my favorite French presses:

The Count of Monte Cristo

by Alexandre Dumas
Thrown in prison for a crime he has not committed, Edmond Dantes is confined to the grim fortress of If. There he learns of a great hoard of treasure hidden on the Isle of Monte Cristo and he becomes determined not only to escape, but also to unearth the treasure and use it to plot the destruction of the three men responsible for his incarceration. Dumas’ epic tale of suffering and retribution, inspired by a real-life case of wrongful imprisonment, was a huge popular success when it was first serialized in the 1840s.

Book Bean: Chocolat l’ancienne
Rich and decadent melted dark chocolate poured into cups, and served alongside it’s own separate dish of fresh whipped cream. So thick and creamy, I’ll have mine with Un café  please!

Published in 1862 and considered one of the greatest novels of the 19th century. Within this dramatic story are themes that capture the intellect and the emotions: crime and punishment, the relentless persecution of Valjean by Javert, the desperation of Fantine, the amorality of the rogue Thénardier, and the universal desire to escape the prisons of our own minds. A beautiful and haunting story that many can relate to and easily fall in love with. It is a richly complex emotional tale of good vs. evil and true redemption.

Rated: 4.7 on amazon.com
Book Bean: Un café
A coffee, plain and simple, but not as we would have in the U.S. Order “Un Café”  and you will get a small cup of plain strong espresso.

The Three Musketeers by Alexandre Dumas
An adventurous tale of the young man d’Artagnan. Leaving home to travel to Paris, d’Artagnan wishes to join the Musketeers of the Guard. He is not one of the musketeers of the title but befriends Athos, Porthos and Aramis (inseparable friends who live by the motto “all for one, one for all.”) This motto which is first put forth by d’Artagnan, has become a most well known and loved signet. This a historical fiction full of memorable adventure and characters.

Rated: 4.4 on amazon.com
Book Bean: Cafè au Lait
A coffee with hot milk added (In comparison to the Itallian caffè latte.) In the U.S.  a café au lait is a drink of strong drip coffee or French pressed coffee, to which steamed milk is added.

Auguste Maquet was a French author, best known as the chief collaborator of French novelist Alexandre Dumas,  co-writing such works as
The Count of Monte Cristo and The Three Musketeers.

Fun Fact: Les Misérables as a whole is one of the longest ever written, with approximately 1,500 pages in unabridged English-language editions, and 1,900 pages in French.